An investigation was underway Wednesday morning after a man’s body was found near a dumpster in the Bassett community of unincorporated Los Angeles County, authorities said. 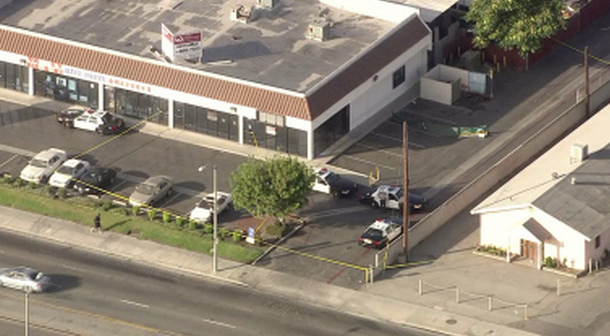 The discovery was made about 5:49 a.m. in the 13900 block of Valley Boulevard (map), said Sgt. Rick Thurlo of the Los Angeles County Sheriff’s Department’s Industry station. The location is an in industrial area about two miles southeast of El Monte.

Industry Sheriff’s Station deputies responding to a report of a “person down” found the unresponsive man who had injuries to his upper torso, according to a second LASD news release.

Homicide detectives responded to the scene, outside an auto parts business.

He had not been identified as of Wednesday afternoon.