Days earlier, the area around a remote Aleutian volcano was rattled by dozens of smaller quakes, prompting fears of a possible eruption

A local tsunami warning was issued after an 8.0 magnitude earthquake struck in the Pacific Ocean west of Alaska's Aleutian Islands, the U.S. Geological Survey and the National Tsunami Warning Center said. 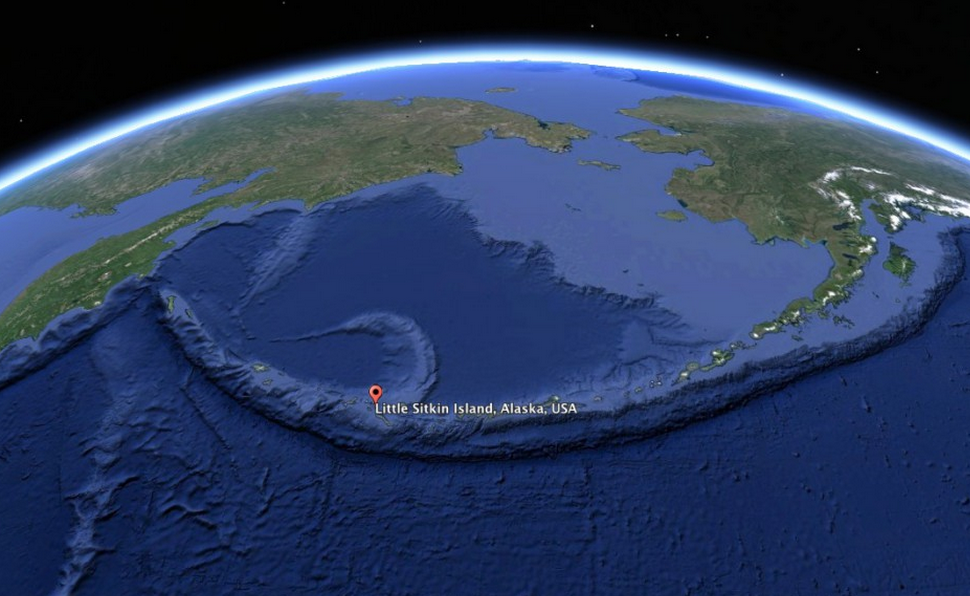 The warning covered coastal areas of Alaska from Nikolski to Attu, the center said, adding the level of tsunami danger was being evaluated for other U.S. and Canadian Pacific coasts.

Sixty-seven miles beneath the western Aleutian Islands, a portion of the massive Pacific tectonic plate was straining mightily today to plunge deeper into the Earth’s interior — along the arcing seafloor trench seen in the Google Earth image above.

And then, at a little before 1 p.m. local time, it suddenly wrenched free, triggering a magnitude 7.9 earthquake that shook the tiny island town of Adak about 200 miles to the East.

The temblor caused several minutes of “steady shake and roll,” said eyewitness Vince Tutiakoff Jr., quoted in the Alaska Daily News. It also prompted a tsunami warning, which has now been downgraded to a watch by the National Tsunami Warning Center. (But not before the National Weather Service in Anchorage reported that water was seen leaving Adak harbor — often a sign of an impending tsunami.)

The epicenter of the quake was located about 15 miles southeast of Little Sitkin Island, according to the U.S. Geological Survey. Click on the thumbnail image at right to see a photograph of the island and its snow-draped volcano taken by an astronaut aboard the International Space Station in October of 2002.

Little Sitkin and the other Aleutian Islands have been built by magma rising up from the mantle and spewing out to form a chain of volcanoes. This happens as the Pacific Plate moves northward and subducts beneath the North America plate. 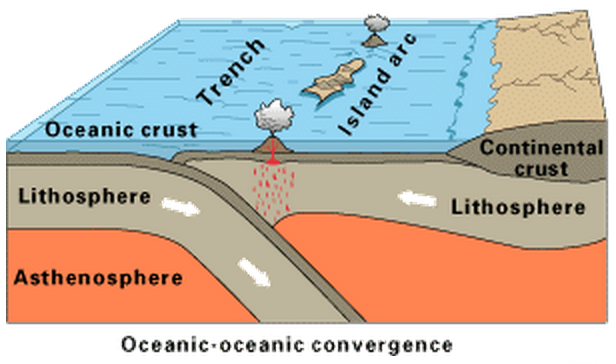 As the Pacific Plate plunges into the Earth, temperature and pressure increase dramatically. This causes water that has been dragged down within the rocks and minerals of the descending plate to be released upward into the material above it. The water, in turn, reduces the melting point of the material, causing it to melt. This magma burns its way upward and spews out to create the Aleutian island chain. (For more detail, see this excellent explanation of subduction zone volcanism.)