I found this article interesting because I am a huge fan of Battlefield. 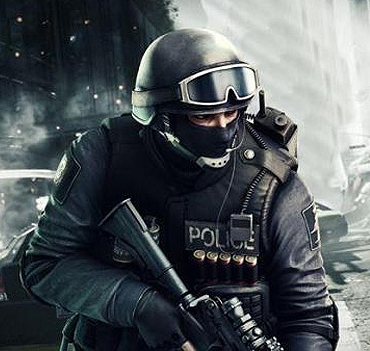 The developers of Battlefield Hardline had revealed more about the single player campaign and it looks like it will follow the trials of two good cops who were framed for being too honest.

Later, they turn on against those people who put them in jail in the first place and turn bad, so as to uproot the entire gang including its notorious leader. The overall story might sound a bit similar to the game titled Sleeping Dogs, where an undercover cop goes to infiltrate a gang, but later becomes one of them, only to have a twisting end.

The treatment that Hardline is going to get will definitely be completely different because it is set in the USA, unlike Sleeping Dogs which had a strong Chinese backdrop and is going to be in the style of the television series that you watch these days. The game already has a cast drawn from leading serials, including Shield, Arrow and 24, which clearly indicates what the developers are aiming at. In an interview, they said, “We are confident that gamers would enjoy the experience that we have developed for them, which will be on par with the hit television series of contemporary times with a dark, gritty tone to it.”

It is known that Battlefield Hardline has been delayed to somewhere in early 2015, but that doesn’t mean the game is going to go out of the picture so easily. After all, Battlefield is a prized possession of Electronic Arts and has been entertaining millions of players around the globe every day. It witnessed tremendous success with Battlefield 3 and Battlefield 4, except for BF4, that was ridden with too many bugs as well as glitches.

The players were extremely annoyed with what DICE delivered, but after the Community Test Environment got introduced, things are slowly falling into place. The actual release date for Battlefield Hardline has not been confirmed, but the developers opine that they will definitely transcend the game to great levels because they now have ample time to construct it the right way. The beta program was a grand success, but it also revealed that the new game was not on par with expectations and had too many similarities to BF4. It was a good move to stop its release in 2014 and postpone it to 2015.